Why I love Atheists. Atheists are by far my favorite group of non-church goers.  Of the different categories of unbelievers (and by that I mean non-Jesus-chasers); they are certainly the most consistent.  I should clarify this statement by saying, my experience with atheists have been with those who were generally pretty open minded.  The fact that they live their beliefs with an open mindedness to hear other’s ideas  in my mind makes them much more like myself than the nominal postmodernist, who ultimately must push their beliefs to a back burner because they are inconsistent with who they call ‘lord’ by their actions.  In case anyone is questioning what would drive someone to love your neighborhood atheist the answer should be obvious, because Jesus loved you. Perhaps a more perplexing questions would be, How best can the church respond to the Atheist? 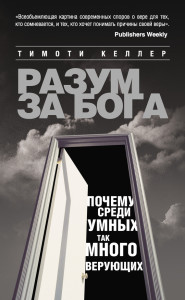 First, simply, be loving.  John Casper points out that, the Christian cannot prove his beliefs with empirical physical proof, and he is right.  But the beauty of Christianity is that the proof for it’s reality is not reliant on statistical proof (although there is this) but the physical proof found in Christians.  Christianity is proven true, by the love shown in true followers.  Most people believe that if they saw the resurrection they would have believed; but they can see the resurrection, or atleast they should be able to see it, in the lives of Christians! Jesus tells his disciples and us by proxy that people will know his followers by their love for one another.

Secondly, don’t buy what ever quasi-christian philosophy that comes down the pike.  Be prepared to give an answer.  Most atheist, have rejected christianity with at least some thought and intentional consideration, the least we can do is to also be as intentional and thoughts about our defence of our beliefs.  In this case I recommend understanding their position and understanding a good defence for the hope that we have inside.  To help with this endeavor I highly recommend this book ‘Разум за бога’ http://www.litres.ru/timoti-keller/razum-za-boga-pochemu-sredi-umnyh-tak-mnogo-veruuschih/